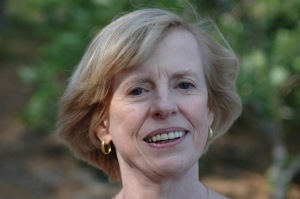 When did you begin to identify as an activist?

In the late 1960s, I left the rather sheltered world of the Midwest, where I’d grown up and was attending graduate school, to teach at the urban campus of the University of Massachusetts in Boston. Unlike my Iowa life (which was extremely white and middle class), U.Mass-Boston had a very diverse student population, in terms of race, class, and age. A commuter school, it attracted many first-generation students; the average age, at some point, was something like 27 or 28, and the majority of the students worked, many of them full-time.

Almost immediately, teaching those students began to expand my social  consciousness. How could I not be concerned about social conditions in my country when students with limited finances were struggling to balance school, work, and family? How could I not think about racial prejudice, some of which became particularly nasty during the Boston school bussing crisis of the early 1970s?

And then there was the Vietnam War, which I probably would have protested anyway, though perhaps not so actively. Recently I had occasion to think about a trip I made to Russia when I was studying in Germany as an undergraduate. Thanks to a very social member of our group, we met a number of our Russian counterparts, partying with some until the wee hours in Leningrad and drinking to “peace between our countries.” This was in the middle of the Cold War; it was, I now know, the beginning of my anti-war awareness and activism.

How would you say activism has influenced or informed your writing?

Though I wrote a little as a child and as a student, I really didn’t begin to write poetry seriously until the end of graduate school, when I realized that I didn’t want to write about writers, I wanted to be a writer.

Following that discovery, the first “serious” poem I wrote was a take on Penelope waiting for Odysseus to come home from the Trojan War: my boyfriend was in the army reserves, and had gone off to summer camp. The poem wasn’t deeply influenced by anti-war sentiment, but I was clearly thinking about the war my country was engaged in, and shortly after that I turned, in my fledgling poetry as well as my life, to the matter of that war.

I can’t say that the poetic results were very impressive. But I remember one poem in which I tried to envision a contemporary Vietnamese woman—my Vietnamese counterpart. All I could do, though, was ask questions: What was the woman doing? What was she wearing? Did she carry a gun? The refrain of the poem was “I don’t know.”

Though I continued to protest the War, and to be involved in other anti-war and anti-nuclear work after it ended, it wasn’t until the early 1990s that I in fact began to answer those questions. UMass-Boston housed what was then called the Joiner Center for the Study of War and Social Consequences. Begun as a veterans group, it included, by the late 1980s, a writers workshop, which brought U.S. veterans and a few Vietnamese writers together for two weeks each summer. When the workshop began to expand beyond its veteran population, the director, Kevin Bowen, asked me to teach a translation class in the workshop, which was the real beginning of activism and poetry coming together for me, not just on the page, but in community. One of the Vietnamese writers that summer, Nguyen Quang Thieu, brought in three translations of his own poems, and asked if I could help. I could, and did, and a few years later Thieu and I published a book of co-translations of his poems. This fall Milkweed Press will publish my third volume of co-translations, Black Stars, poems by (and co-translated with) Ngo Tu Lap.

Translating Vietnamese poetry—the poetry of my country’s former enemy—is, for me, a political act in itself.

To what extent do historical or current events serve as “triggering subjects” for your poems?

There was the War, of course, which I’ve already mentioned.

But as I was writing my early poems, and as my social awareness was expanding, I began to take note of more isolated events that I read or heard about, often in the news. The first time I remember this happening was when I read in the Boston Globe about a pornographic “snuff” movie, made in Argentina, in which the leading actress was actually killed (or was assumed to be; there was some controversy about this later). People were paying hundreds of dollars for private showings of this film: capitalism working with sexism. I put the newspaper aside, but I couldn’t get the story out of my mind, and a few months later I wrote a poem called “In Argentina,” which juxtaposes the imagined making of the film with an event of domestic violence in the Midwest.

The not-being-able-to-get-it-out-my-mind factor became central to a great deal of the work I’ve done since. My “successful” early poetry (as distinguished from the early anti-war poems) was, like many people’s, usually rather personal; “In Argentina” was something of an exception. But in my third book, I began to respond more directly to social situations, often connected with specific events: homelessness, homophobia, and, for the first time, race.

That focus became much more central in my fourth book, Some Things Words Can Do, which opened with a poem called “Pinks.” The poem was inspired by a scene in the film Cry Freedom, in which the South African activist Steve Biko, who is on trial, is asked by the judge why black people call themselves black, since they seem to him more brown than black; Biko responds by asking the judge why white people call themselves white, since they seem to him more pink than white.

Like the article about the snuff film, that scene was simultaneously an impetus for a poem and a consciousness-changing event; it caused me to think more deeply about race than I’d ever done.

Some years later, in 2000, I had another epiphanic moment when I saw an exhibit of lynching postcards and learned that the hanging my father told me he’d witnessed as a kid was actually a lynching attended by 10,000 people. The primary victim was, predictably, an African American man. This was definitely something I couldn’t get out of my mind, but it took me a year to actually begin writing what became the book-length poem Blue Front. I did a great deal of research, and also a great deal of wondering about how the event would have affected my five-year-old father.

The more I wrote, though, the more I began to wonder about myself: what did all of this have to do with me? And then the title White Papers came into my mind and invited me to explore, on the one hand, historical material (more research!), and on the other the place of race in my own life, beginning with my childhood. I also responded to several recent events—including one in Cambridge, Massachusetts, where I live.

One final note: for all that I’m saying, in response to the question, about events, it’s actually language that takes me out of obsession and onto the page; without that, there is no poem.

How do you view the relationships between your activities as a professor, a poet, and an activist?

I’ve suggested something about this, in relation to my first years at UMass-Boston.  But I’ve been fortunate throughout my career to teach at schools where social activism is itself a valued activity; after UMass, I taught for ten years at Oberlin, where varieties of social activism are very popular extra-curricular activities.

Of course one must juggle these aspects of one’s life, but writers must always juggle: poetry requires a day job, unless you’re independently wealthy, and most of us don’t have jobs that are explicitly activist. But I think that all of these activities have nourished one another. Without teaching, I might have been a much more hermetic poet (I have hermetic tendencies), which would have made me much less inclined to social activism.

And sometimes these aspects of my life have come together in quite specific ways. For several years in the 1980s, I was deeply involved in a Veterans Day anti-war reading called 24 Hours for Peace, during which 96 Boston area writers read for fifteen minutes each, around the clock. At Oberlin, I worked with Nava EtShalom, a student with a major in creative writing and social activism, to establish a similar (but shorter) reading. My part in this event? Teacher, poet, activist.

You’ve been active at the Joiner Center for the Study of War and Social Consequences for a long time. What drew you to the Center?

Oops: I think I already answered this.  But I would add that the Joiner Center was actually something I was looking for without knowing it: a place where my activism and my writing could come together in a community of like-minded folks.  I should also highlight the “social consequences” part of the Joiner’s name: the focus of the center is not just war, but all social and political injustice; the range of issues that workshop participants deal with is impressively large.

Do you think that writers, or poets in particular, have a particular responsibility to respond to injustice? Why/ why not?

Well, not any more than I think that all people do!  But if a writer is not already engaged with social issues, I don’t know that writing is necessarily the place to begin (though I grant that it might be).

Here’s a little anecdote that may address the question indirectly. When I was just beginning to write those anti-war poems, I went to a reading given by Denise Levertov, who was a real hero of mine. People lined up for autographs after the reading, and when the person in front of me came up to Denise he said something like: I really admire your political poems! Every time I try to write a political poem, it’s terrible! And Denise said something like: Oh, you should never try to write a political poem! If a poem with a political focus doesn’t come out of the same deep place as any other poem, it’s not worth writing.

That was one of the most important lessons I’ve learned, and it continues to influence what I write.  If I’m not deeply involved in something, I can’t write about it; if I am involved, I almost can’t not.